On Request / Per person

The south face of Annapurna was first climbed in 1970 by Don Whillans and Dougal Haston also without using supplementary oxygen, members of a British expedition led by Chris Bonington that included the alpinist Ian Clough, who was killed by a falling serac during the descent. They were, however, beaten to the second ascent of Annapurna sumiit by a matter of days by a British Army expedition led by Colonel Henry Day.

Historically, the Annapurna peaks are among the world's most dangerous mountains to climb. In particular, the ascent via the south face is considered, by some, the most difficult of all climbs. Total 278 climbers were successful in Annapurna summit I until 2018.

The climb up Annpurna is usually done in 3 camps and the standard route is via the West face and Northwest Ridge.

Preparation and Briefing from Ministry, overnight at hotel (BB).

Pokhara to Beni to Lete drive by Jeep or Tourist bus, overnight at hotel (B/L/D).

Miristi Khola to Annapurna Base Camp, overnight at Camping (B/L/D).

Trek down from base camp to Miristi Khola, overnight at Camping (B/L/D).

Lete to Pokhara drive via Tatopani, Overnight at Hotel (BB).

Tatopani to Pokhara to Kathmandu by Tourist bus or flight, transfer to hotel (BB)

Transfer for Final Departure (B).

I found this agency by accident just walking around Thamel and looking for more info on my upcoming Expedition.
I explained that I am only looking for the easiest way to solve all the logistics of my Expedition (Annapurna I) and Mr. Suman gimme the best prices by far! Believe me - I checked like 10 other agencies before this.
We keep in contact then next year we final our expedition.
I got my Annapurna I Expedition permit + certified climbing sherpa guide +full board expedition service. All of this for quite reasonable price compare to other agencies. Kaji Sherpa our guide was also supa professional and strong! Annapurna is challenging, but our guide well help us to summit. We reached summit at 7.50am.
Definitely recommend and I'll be using their services in the future for sure :) few photos below;
By Deividas Vaitiek from Russia 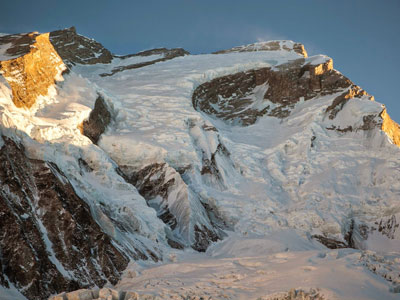